Xedur is a modified clone of Athetos and the game's first boss. It has a bulky brown upper body, which is surrounded by a white metal armor. Xedur's grotesque tail protrudes from under its body and can drop small red bombs that explode after a set delay. If you look closely, in the center of that ring of white armor on the front, you can see his face. 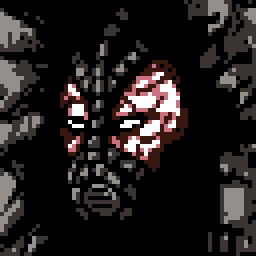 Retrieved from "https://axiom-verge.fandom.com/wiki/Xedur?oldid=5400"
Community content is available under CC-BY-SA unless otherwise noted.