Veruska is a Rusalka called "The Dreamer". Upon first finding her, she is immobile and barely functional. Elsenova tells Trace that she is dangerous, but is an ally, and that she needs Remote Drones to repair her body.

Veruska speaks in pseudo riddles and metaphors. She often talks of "dreaming" for others, implying that she is able to create vivid dream worlds for others to experience, presumably using the same technology that allows Elsenova to keep track of Trace wherever he goes.

Elsenova's remark about Veruska being dangerous may be in reference to the idea that Veruska is capable of killing the other Rusalki. In a Note, Veruska asks the High Priestess Eshinimma of Sudra to move the mentally ill Rusalka Oracca to a larger room or, at the very least, bring Oracca to her so that she may mercy kill her properly, as Veruska wanted to free Oracca from the insanity that the Sudrans inflicted upon her.

After turning on the Remote Drones, Trace can return to Veruska to receive the Passcode Tool.

Veruska can be found in the lower-right portion of Zi. 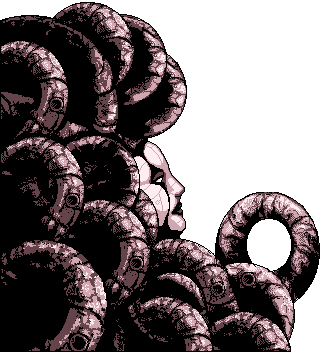 Retrieved from "https://axiom-verge.fandom.com/wiki/Veruska?oldid=5985"
Community content is available under CC-BY-SA unless otherwise noted.