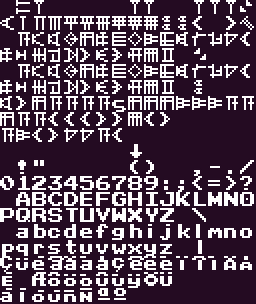 The Sudran language is seen in both Axiom Verge games in several Notes that have the appearance of stone tablets. In Axiom Verge 1, these Notes must be translated either through the use of the Passcode Tool with a Passcode decyphered by Athetos' Variants or by substituting English characters in a cipher manually; in Axiom Verge 2 the English appears automatically above the original Sudran without the player needing to take any action.

In Axiom Verge 2, the language also appears on the urns containing power-up items -- the first letter of the contents is shown -- and on the colored gates that seal off certain areas; they are labeled in cuneiform numerals with the level of hacking needed to open the gate.

In the game data (but nowhere in the gameplay) this language is called "Primordial".

When acquiring new Items, or using the Address Disruptor, a code can be seen called Sudran Code.