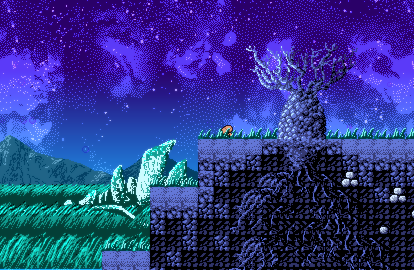 Sudra is the planet where the events of Axiom Verge take place.

Sudra's atmosphere is much like that of Earth. Trace can breathe the air on Sudra without any technological aid and there is moisture found in Sudra's atmosphere, as snow can be seen falling in the open air of Kur.

Hundreds of years before the events of Axiom Verge, Sudra was a gateway world between universes, a port to civilizations with advanced technologies. However, at some point, the Sudrans' progeny gradually grew less scientifically literate. As a result, this port world experienced a collapse and the gateway was closed. The Sudrans in the planet fell into a state of isolation, the result of their descendants regarding their own technology with superstition. The Sudrans forgot their world's role as a gateway to pass through the Breach and instead used the Breach to keep outsiders away.

When the prime Trace arrives on Sudra, its civilization had collapsed, its inhabitants no longer remembering the purpose of their technology. The Sudrans had become an incredibly xenophobic society, shunning all outsiders, viewing their own technology with religious reverence, and halting all technological advancement. The Sudrans no longer permitted travel between worlds. They saw the Breach as a barrier to shut them off from the outside universe.

The prime Trace and his colleague Hammond discovered Sudra's incredible technology and used a Rebirth Chamber to completely heal them of injuries sustained from the lab explosion back on Earth. For some time, Trace explored Sudra and made contact with its inhabitants. According to the Faded Note, Trace eventually decided that the Sudran technology is too dangerous to bring back to Earth, believing it is connected to the catastrophic collapse of Sudra's civilization. Trace, Hammond, and any of Trace's clones then attempted to go "upstream - to the Filter, or whatever lies beyond - for answers." This suggests that the group tried to traverse the Breach and reach other worlds in order to gain more knowledge of the universe and other worlds' advanced technology. 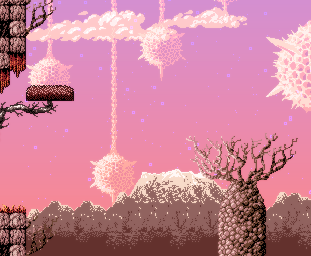 Retrieved from "https://axiom-verge.fandom.com/wiki/Sudra?oldid=5998"
Community content is available under CC-BY-SA unless otherwise noted.