A Secret World (referred to as "breach pockets" in one of the journal pages) is an alternate area in Axiom Verge that has a "glitched/corrupted" appearance.

While in this area, strong scan-lines will appear on the player's screen—as though the game is being viewed on an old cathode ray tube television with greyish static, occasional saturation reduction and vertical sync anomalies shown.

Upon entering a Secret World, Trace is warned by Elsenova to turn back. She tells him that this place is like an artifact—dangerous flotsam and jetsam (like wreckage) caused by the Breach. Trace conjectures that it is some kind of "dimensional rift" but that it may contain an item he needs.

Secret World entrances spawn in random locations throughout Sudra, based on a large pool of potential entrances. The layout of each Secret World is procedurally generated, and each one is different, being generated from a set of algorithms in the game code. Once entered, a Secret World will have the same layout when revisited from the same save file.

The area around an entrance to a Secret World causes visible "scanlines" to show on the screen that intensify as Trace gets closer to where it can be entered. These scanlines are first visible on the health bar, but easily noticeable covering the whole screen when very close. At close range, the effect just outside of the entrance is at about half of what is shown inside a Secret World map.

These effects happen even when finding Hard world entrances. They can also happen in a different room, if the entrance is close enough to the opposite wall in the other room.

The easiest way to find entrances are to look for the interlaced health bar pattern, rather than shooting randomly at walls, as some of the entrances can be rather hard to detect. 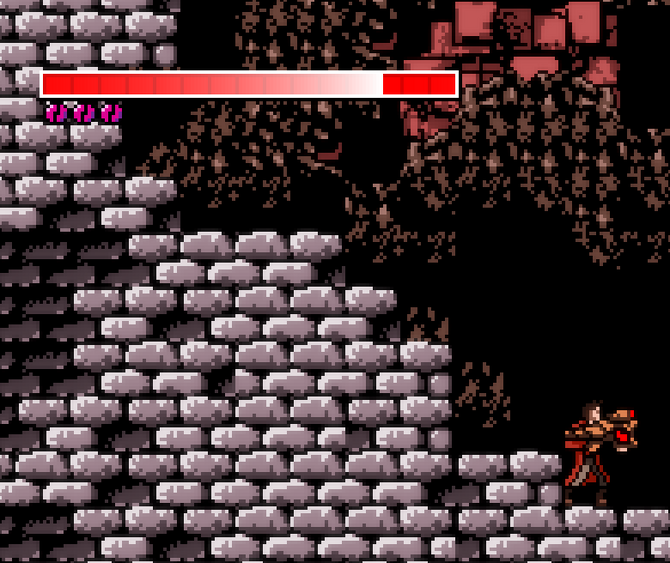 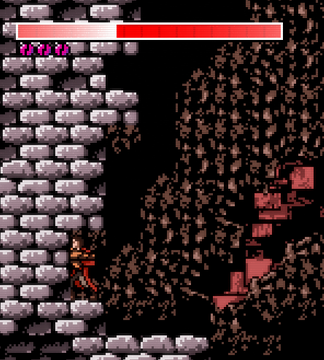 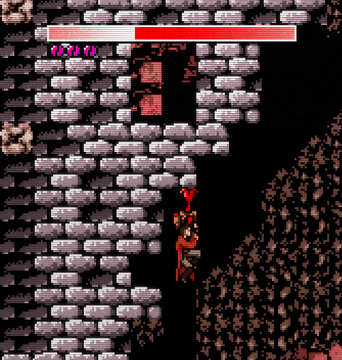 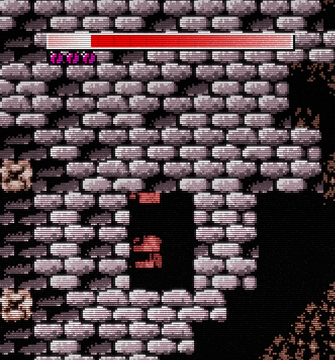 Normal screen with no scanlines

Five entrances are randomly created from the possible ones shown on the map in each save file. 2 easy, 2 medium and 1 hard.

Each entrance will have one of nine properties:

"The secret areas are inspired by things like Super Mario's Minus World and Metroid's Secret Worlds, which weren't planned by developers, but glitches. The reason for the randomization is to replicate the effect you get of something that isn't designed by a human."[1]