Ophelia is the Rusalka who originally came up with the plan to create a clone of Trace in order to combat Athetos. She has a benevolent demeanor, apologizing to Trace when Elsenova, in her anger, used the nanogates to kill Trace for not agreeing to kill Athetos. When Trace nearly succumbs to Athetos' pathogen, Ophelia is somehow able to cure Trace.

Although Ophelia, being a Rusalka, is considered a war machine, she seems to be more akin to a combat medic than a soldier. She is most likely the outsider being discussed in The Outsider (Note) and Reply: The Outsider (Note). This is further supported by the fact that Ophelia is the only Rusalka with a non-Slavic name (the name Ophelia originates from Shakespeare's Hamlet[1]), as well as the only Rusalka depicted facing fully front, as opposed to in profile.

Ophelia's head can be seen in mid to upper left portions of Ukkin-Na. However, her body is located in the lower right portion of Edin.

In Shakespeare's Hamlet[1], Ophelia is a young woman who ultimately goes mad and drowns herself.[2] This is probably related to the Rusalki being "water machines", as well as the Notes that imply Ophelia speaks Early Modern English. Shakespeare chose that name because in Ancient Greek οφέλη (o-phe-læ) means "a great benevolent act" or "gift" (like Theodora[3]), but it sounds really close to οφειλή (o-phe-læ), which means "a great debt (or sin) to pay for". The pair of words, almost homophones (only one emphasis away), make Ophelia great as a literary name, describing the dual nature of a character. The good and evil counterparts were too poetic for Shakespeare to ignore, and the same could be said for the creator of Axiom Verge, since it shows Ophelia (as a Rusalka) is questionable in nature. 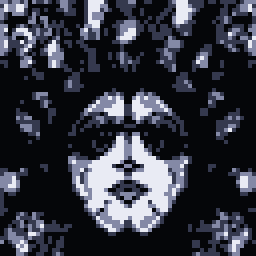 Retrieved from "https://axiom-verge.fandom.com/wiki/Ophelia?oldid=7633"
Community content is available under CC-BY-SA unless otherwise noted.