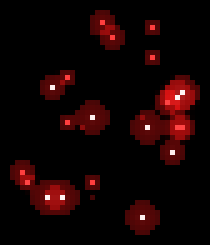 Nanogates are a tiny biomechanoid technology that are somehow related to both the Rusalki and to the Trace clone that is played in-game.

In Plan B (Note), the author states that by using a device called the "Gatebreaker", they were able to remove Katrahaska's nanogates. Furthermore, it's implied that these were transferred into Trace when he was cloned from the Rebirth Chamber. After Ophelia revives Trace, she says "I've cleared out the bioflux. Your nanogates should take care of the rest".

The nanogates seem to be a multi-purpose technology.

The nanogates are likely a type of broadcast communication network between the Rusalki, as well as being the method by which the cloned Trace can "hear" Elsenova. This would explain why Ophelia can hear Elsenova's conversations with Trace, even when all 3 of them are in separate locations. The Notes sent between Rusalki are probably a method of private communication, not on the network. This would be useful, for example, when they wish to discuss Katrahaska without her hearing.

There is also evidence that the nanogates serve some sort-of healing purpose, at least for Trace, as noted by Opehlia when Trace revives from the Hallucination sequence. Additionally, the game code refers to the little red spheres that swarm back to a Rebirth Chamber when Trace dies as "nanogates".

Retrieved from "https://axiom-verge.fandom.com/wiki/Nanogates?oldid=6754"
Community content is available under CC-BY-SA unless otherwise noted.