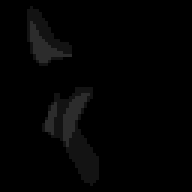 Elsenova is the first Rusalka the player meets, and is Trace's only companion through the early stages of the game. She appears friendly toward Trace and willing to help him discover his purpose on Sudra.

Elsenova's physical head can be seen in the middle portion of Absu. Upon entering the room and coming in close proximity with her, the player can trigger several cutscenes in which she interacts with Trace.

Warning! This section contains spoilers. Click the Expand button to view it.

Elsenova initially tells Trace she doesn't know why he is on Sudra or how he got there. However, this is only partially true. The Rusalki don't know how the original Trace arrived on Sudra, but they did make this particular clone of Trace that is controlled by the player through the events played out in Axiom Verge. Elsenova is actually carrying out a plan contrived with Ophelia, in the hopes of stopping Athetos from wiping out the remaining inhabitants of Sudra. (It seems that the real objective is actually disabling the breach attractor and escape Sudra. What the Rusalki want beyond freedom from their current imprisonment is unknown.) Elsenova despises Athetos and is intent on destroying him, and Ophelia convinced her that a clone of the original Trace would be able to help them do so.

The music that plays in Elsenova's area is "Rusalka" 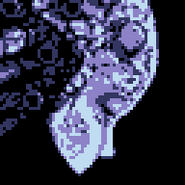 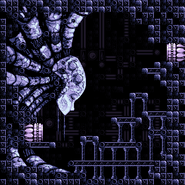 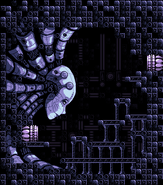 Elsenova as she appeared in an earlier build of the game.
Add a photo to this gallery
Retrieved from "https://axiom-verge.fandom.com/wiki/Elsenova?oldid=7784"
Community content is available under CC-BY-SA unless otherwise noted.