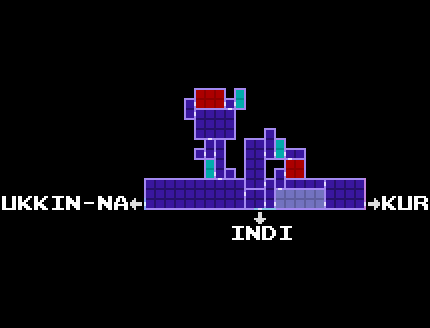 The center of the explorable surface of Sudra is Edin, a mysterious garden-like area set under a starry sky. The crumbling ruins of ancient Sudran architecture are present throughout this area. After acquiring the Trenchcoat in Ukkin-Na, Trace can explore most areas of Edin, finding the Upgrades he needs to get almost everywhere here while traveling through. Near the exit to Indi, there's a large hangar that houses Rusalki bodies. In the room where Ukhu is fought, the effects of the Breach can be seen in the sky, just like the highest areas of Kur.