When first seen, they are idle, staring at the ground and panting with their tongue hanging out. When alerted to Trace's presence by being attacked or proximity, they hiss and sprint toward Trace pursuing him incessantly, constantly pouncing and clawing at him. They take many hits from most of Trace's weapons through a large portion of the game. In groups, they are dangerous if Trace gets cornered or overrun. They are very maneuverable and can jump almost as high as Trace (40). They have a tongue attack they can use if trace is in range. In some areas, they will hide underground, and ambush Trace when he's almost on top of one. Brown Ghouls are pale in color, with beige shorts, a long red tongue, and a glowing red dot on their neck.

Brown Ghouls can run faster than Trace, and do not stop pursuing him easily once they start. It's not advantageous to run away from them unless you can quickly get out of their reach. It is best to attack them from a distance, or an unreachable perch. It is also best to take them on one at a time, not disturbing any others. If encountering them on even ground, rapid firing of the Axiom Disruptor can kill them if started from far enough away, switching to the Kilver right before they are in range. If below or above them, they can often be damaged through the wall or floor using the Kilver when other weapons will not hit them. It is possible to learn their attack pattern, and run under them at the right time when they pounce without getting hit. If done right, they can be hit with the Kilver right before closing the gap, while above Trace, and again when landing.

When corrupted, they move at 1/2 their original speed. In addition, if two corrupted Brown Ghouls come in contact with each other, they will do damage to (and possibly kill) each other. 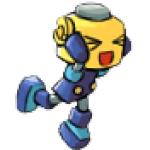 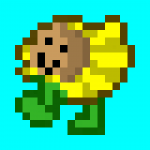 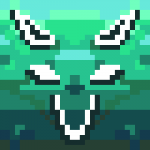 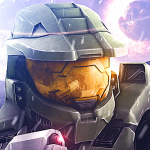