The Axiom Verge encyclopedia that anyone can edit!
Axiom Verge is a retro styled 2D "metroidvania" action adventure inspired by such classics as Rygar, Contra, Bionic Commando, Blaster Master, Castlevania and Metroid. The game was released for the PS4 on March 31st 2015 and is now also available on PC, PS Vita, Wii U and Nintendo Switch.
This wiki currently has 206 articles and 474 pictures.

About
Life. Afterlife. Real. Virtual. Dream. Nightmare. It's a thin line. Axiom Verge was created, developed, styled and composed by a single person, Tom Happ. It is about a single character named Trace, a scientist who wakes up after a lab accident to find himself in a hostile alien world. He will need your help to uncover the reasons behind the state it is in and his role in it all. Similar to classic games like Super Metroid, Contra, Blaster Master, the gameplay incorporates a mix of exploration, hidden powerups, strange creatures to fight, and epic boss battles. Read More.....
Contents 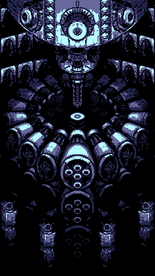 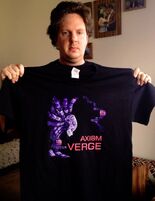 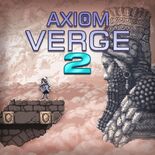 Axiom Verge 2
Decades later... or is it centuries earlier?
You may have played Axiom Verge, or heard it referenced as a benchmark for indie “metroidvania” adventures. Axiom Verge 2 is part of the same story as Axiom Verge 1 but is a completely new game: new characters, new powers, new enemies, and a new world. Meet Indra, the mysterious billionaire behind the worldwide Globe 3 conglomerate. What is this world she's found? Who are the voices that seem to be calling to her? Axiom Verge 2 is coming in late 2020 for Nintendo Switch. Stay tuned to learn about additional platforms!
Play Now! 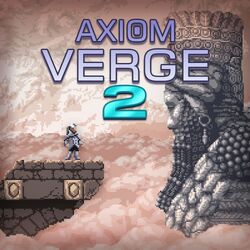