Axiom Verge is a retro styled 2D "metroidvania" action adventure inspired by such classics as Rygar, Contra, Bionic Commando, Blaster Master, Castlevania and Metroid. The game was released for the PS4 on March 31st 2015 and is now also available on PC, PS Vita, Wii U and Nintendo Switch.

Help us out by contributing! You can get started by checking our list of Article Stubs, Wanted Pages, and reading the Guidelines. 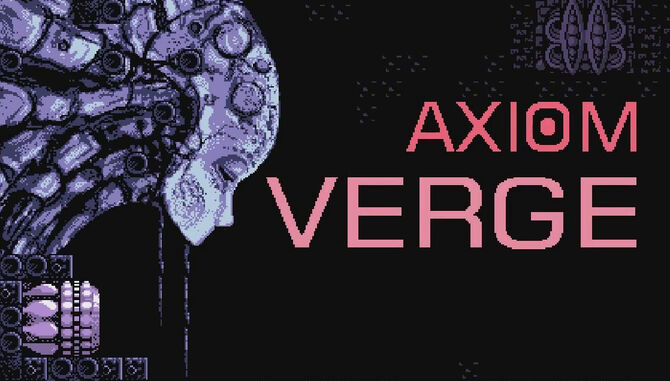 Life. Afterlife. Real. Virtual. Dream. Nightmare. It's a thin line. Axiom Verge was created, developed, styled and composed by a single person, Tom Happ. It is about a single character named Trace, a scientist who wakes up after a lab accident to find himself in a hostile alien world. He will need your help to uncover the reasons behind the state it is in and his role in it all. Similar to classic games like Super Metroid, Contra, Blaster Master, the gameplay incorporates a mix of exploration, hidden powerups, strange creatures to fight, and epic boss battles. Read More.....

10 Digital Only Games That Eventually Got Physical Editions  GameRant...

Shacknews Most Anticipated Games of the Second Half of 2021  Shacknews...

The 10 Best Games Made By Just One Person  TheGamer...

Best Metroidvanias of All Time You Can Play Right Now  Collider.com...